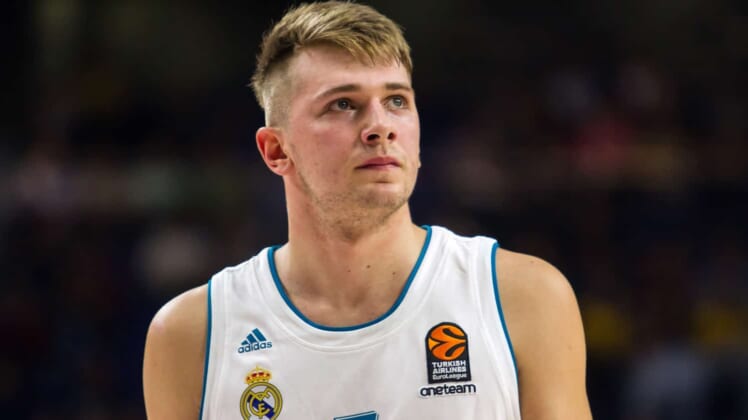 The Atlanta Hawks selected Luka Doncic third overall in the NBA Draft. But, as expected, it was announced that he’ll be traded to the Dallas Mavericks for Trae Young, who will be sent to Atlanta.

Twitter was unfriendly to the Hawks for the trade, ripping Atlanta for dealing Doncic away.

And this is why being a Hawks fan sucks so much. Taking Trae Young at five is so dumb.

This almost certainly means that Luka Doncic will be a Hall of Famer with Dallas, knowing the Hawks’ luck.

The Hawks just screwed up….

Trae Young for Luka Doncic is going to be one of the ten worst trades in NBA History.

I get that Trae Young can put the ball in the basket. But if he can't defend any position adequately shouldn't that keep you from being drafted in the top 5? #NBA

The Hawks are sooo going to regret trading rights to Doncic for overrated Trae Young ? the future 1st rounder might also be top 5 though#NBADraft

Some fans agreed with science, believing Doncic to be the best player in the draft.

Draft day trades frequently don’t end up as anticipated. Young might end up being a better player than Doncic. We’re not going to know for a while.

But on this night, Atlanta’s decision was not well received.