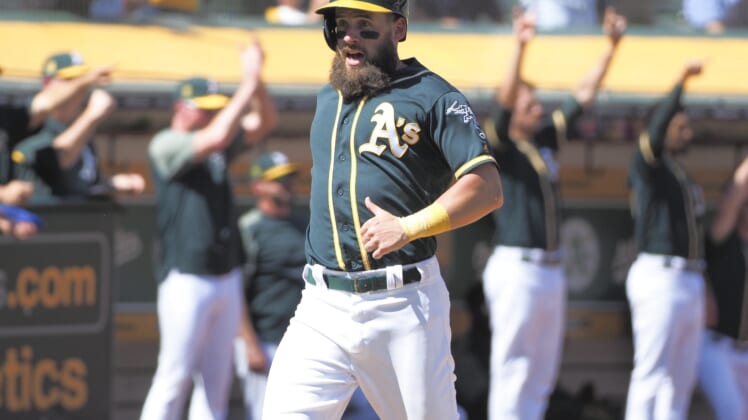 Thursday’s game did not go well for the Los Angeles Angels. They were routed 21-3 by the Oakland Athletics.

Contributions from [literally] everyone gives us the series win!

Twitter was not kind to the Angels as the game was happening. Though, the Halos were not the only ones on the receiving end of the jokes.

Francisco Arcia is now pitching for the Angels, and as he is a catcher by trade, this game is now drunk.

The Athletics scored 20 on the Angels. The Raiders have been held to 13 and 19 points this season.

It’s okay our season been over ? @Angels

And you wonder why Mike Scioscia is retiring after this season? The #Angels have been outscored 28-2 in the last 24 hours by the Oakland #Athletics

Despite the loss, the Angels also have Mike Trout, baseball’s best player. That was not lost on many people tweeting through the game.

Can we get a hug or something to Mike Trout? https://t.co/XNbLXiGsib

Mike Trout homering in a two-touchdown loss is the 2010s Angels in a nutshell.

Please Angels, trade Mike Trout. You don’t deserve him. Trade him away from that mess.

We’re sure he would. Then he’d complain about his team’s lack of offense after every loss.