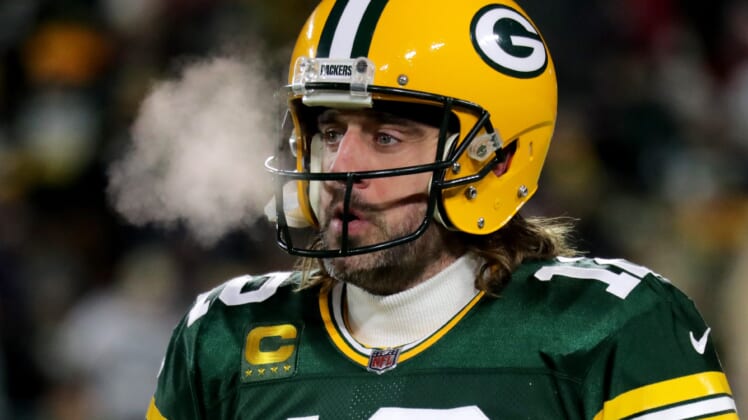 Aaron Rodgers and the Green Bay Packers entered the playoffs as the strong favorite to win the Super Bowl. But once again, the NFL MVP and the NFC’s No. 1 seed are headed home early.

The Packers were in the perfect position to put the game away. After a crucial fourth-down stop, Rodgers and Green Bay’s offense got the football back with 6 minutes to play and a 10-3 lead. But another three-and-out resulted in a punt. Then, Green Bay’s season-long issues on special teams returned for the second time on Saturday.

Suddenly, the 49ers tied the game. While Rodgers got the football back, he couldn’t do anything with it. Against a 49ers’ defense that allowed just 54 total yards in the second half, Rodgers couldn’t muster a first down. With an opportunity to win the game.

After a first-down snag by George Kittle, San Francisco’s rushing attack powered through the Packers’ defensive line. Three plays after Deebo Samuel converted a 3rd-and-7. from the 38-yard line, Robbie Gould came through with the game-winning kick.