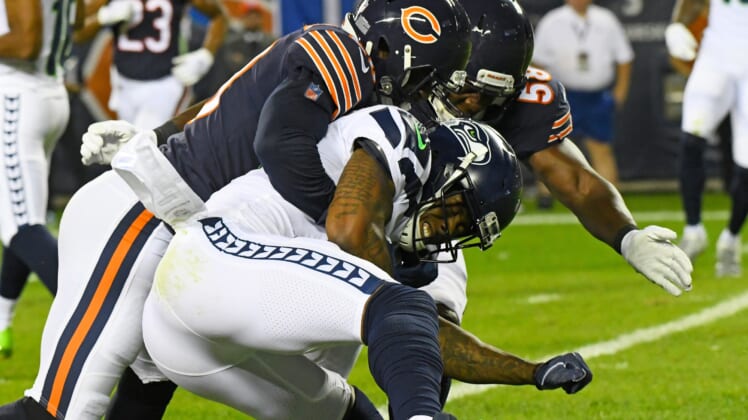 Week 2 is looking a lot like Week 1. Khalil Mack is making life miserable for Russell Wilson and the entire Seattle Seahawks offensive line.

In addition to this sack/strip, Mack has been in the backfield almost on a constant basis, and he’s been a force against the run as well.

Germain Ifedi trying to block Khalil Mack is like trying to stop the Hulk. pic.twitter.com/aGaIXpTwV2

Of course, Jon Gruden was the butt of many comments from the Twitterverse, as well.

(As he watches Mack) pic.twitter.com/6crFReMVQZ

This Khalil Mack guy. He's not bad. Raise your hand if you're dumb enough to trade him pic.twitter.com/ufqqdqCZFq

Gruden and the Raiders are not the only ones a little worried about what they’re seeing. Mack and the Chicago Bears have 14 games left on the schedule. Those teams have to be more than a little nervous about what Mack will do in those games.