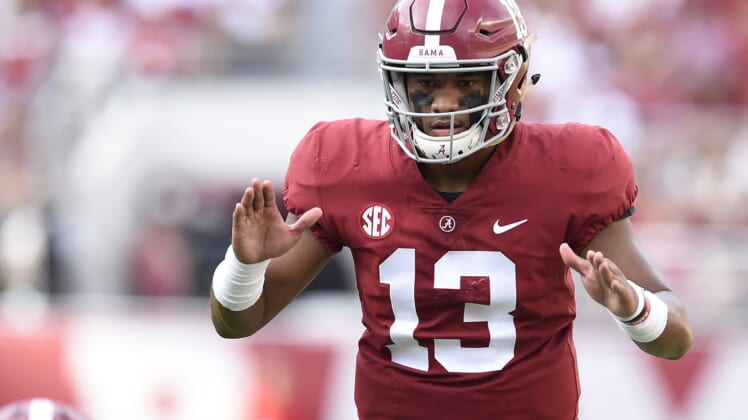 Tua Tagovailoa suffered an ankle injury in the second quarter of Alabama’s Week 8 game against Tennessee, and after heading to the locker room he was ruled out.

The injury occurred as Tagovailoa was being dragged down from behind. His ankle got caught underneath the defender, then twisted awkwardly.

As the second half of the game was underway, more information emerged that could be bad news for the quarterback and Heisman Trophy candidate.

Video was taken showing Tagovailoa hopping into an ambulance, which means he was transported to a local hospital.

Nick Saban said Tagovailoa did twist his ankle, confirming that much about the injury. However, he was able to walk back to the locker room, and to the ambulance, without assistance. So, there’s at least some hope this injury won’t be serious.