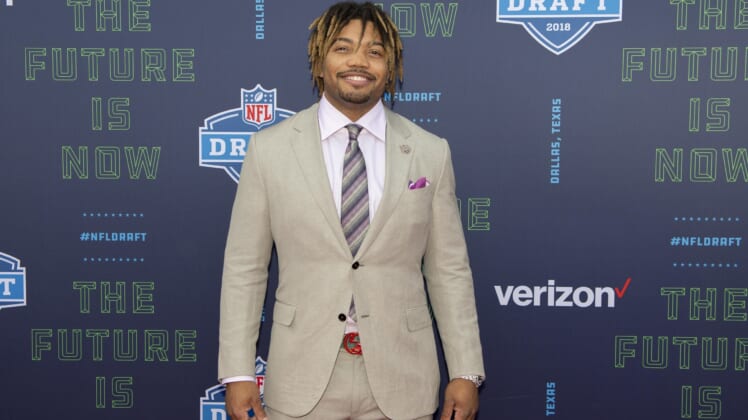 Former LSU standout Derrius Guice saw the entire first round of the 2018 NFL Draft come and go without his name being called. Despite recent suggestions of maturity issues, Guice was on hand in Arlington in the green room and fully expected to be one of the top-32 players selected.

Instead, he saw the likes of fellow running backs Rashaad Penny and Sony Michel follow consensus top back Saquon Barkley off the board.

Entering Day 2 on Friday, we were left wondering just how far Guice might drop. We now have an answer. The Washington Redskins made Guice the 59th overall pick in the second round on Friday evening.

Considered a three-down back, Guice is coming off a 2017 campaign with the Tigers that saw him put up nearly 1,400 total yards and 13 touchdowns.

Reports surfaced on Friday that there were some behind-the-scenes issues relating to Guice. Following the Redskins’ pick, specifics came out.

It’s still surprising that Guice fell to the 59th pick despite the fact that most experts had him as the second-best running back in the class behind only the above-mentioned Barkley.