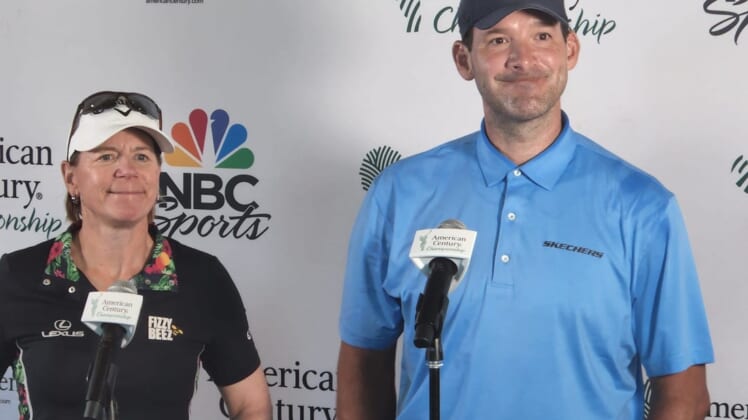 Romo converted a birdie of the par-5 18th hole on the Edgewood Tahoe Golf Course in Stateline, Nev., to join former major league pitcher Mark Mulder and Dallas Stars forward Joe Pavelski in the playoff. His 5-foot birdie putt on the second hole of the playoff gave him his first win at the event since 2019.

The playoff participants finished with 62s in the three-day event, which uses the modified Stableford scoring system. Players pick up points for birdies and eagles but lose points for bogeys and worse outcomes.