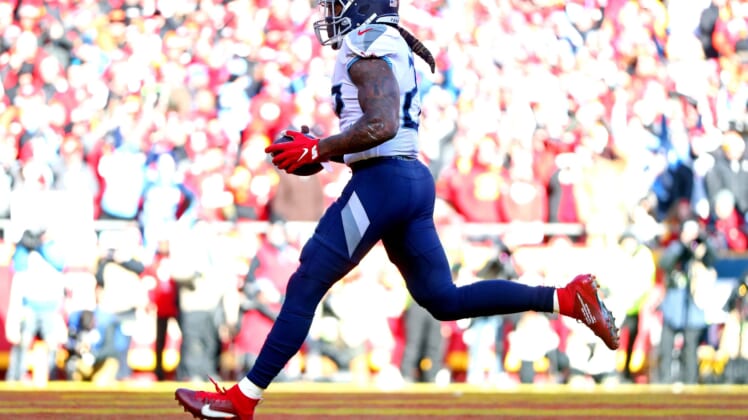 The Tennessee Titans are placing the franchise tag on running back Derrick Henry, per ESPN’s Adam Schefter, which will keep the Titans star in the backfield for the 2020 season.

After agreeing to a four-year extension with Ryan Tannehill, the Titans were in position to place the franchise tag on Henry. The one-year deal will pay Henry approximately $12.5 million next season and it makes him the fifth at the position in average salary.

Henry has emerged as one of the NFL’s best running backs in the past two seasons. After racking up 1,059 rushing yards and 12 touchdowns in 2018, Henry took his game a step further this past season with 1.746 scrimmage yards and 18 total touchdowns.

The 26-year-old running back carried the Titans during the playoffs. He rumbled through the New England Patriots in the Wild Card Playoffs for 204 total yards, then helped upset the Baltimore Ravens the following week with a 195-yard performance.

Now with their backfield of Tannehill and Henry under contract for the upcoming season, the Titans can turn their focus to the 2020 NFL Draft. Given the likely departure of right tackle Jack Conklin, Tennessee could draft an offensive tackle, as shown in recent mock drafts.