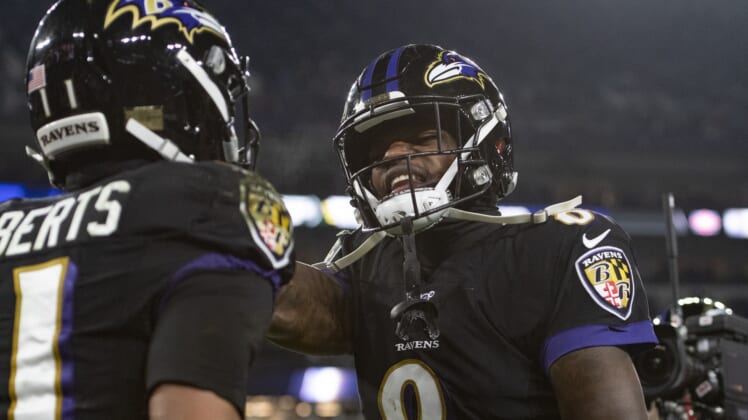 The Tennessee Titans beat the New England Patriots to advance to the divisional round, but now it’s time to face Lamar Jackson and the Baltimore Ravens. Titans head coach Mike Vrabel, speaking to the media about the challenge Monday, provided a perfect quote.

Vrabel said, “They have the best player in the league who’s impossible to tackle. A great scheme. I think on any other day, it would be fun to watch but not when you’re trying to prepare for them and stop them,” per Jamison Hensley of ESPN.

It’s hard to argue with Vrabel’s assessment of Jackson as the “best player in the league who’s impossible to tackle.” All too often, Jackson has made defenders look foolish for even trying to attempt the feat as he pulls off jaw-dropping, highlight-reel-worthy plays.

Jackson has been heavily favored to win the NFL MVP award since November. He led the league with 36 touchdown passes while shattering Michael Vick’s record for most rushing yards in a single season by a quarterback. He’s a rare talent who is just now starting to come into his own at the NFL level.

Needless to say, it will take nothing but a legendary defensive effort by Vrabel’s Titans to slow this youngster down.