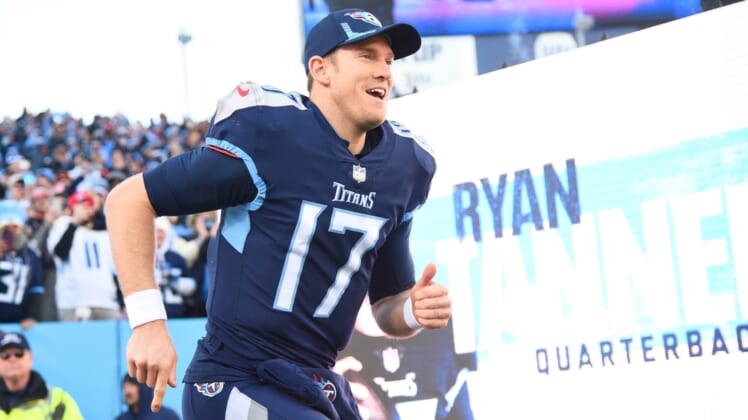 “Ryan’s a pro. He knows how much he means to us. Traded for that guy. Gave him an opportunity to start. New contract,” Robinson recently told the Tennessean. “I think it’s pretty apparent where he stands with us. He’s our quarterback. I don’t know how many more times I gotta say it.”

His future with the team, however, has come into question given the club’s loss in the AFC divisional round of the playoffs and the potential availability of Aaron Rodgers. The reigning NFL MVP and the Green Bay Packers haven’t disclosed his immediate future.

Tannehill threw for 3,734 yards with 21 touchdowns in 17 games this season. He also threw 14 interceptions during the regular season and three more in Tennessee’s 19-16 loss to the Cincinnati Bengals on Jan. 22. The Titans were the No. 1 seed in the AFC.

“It was a problem (in 2021),” Robinson said of Tannehill’s turnovers. “The previous years, it really wasn’t. Not that he didn’t throw any (interceptions), but it wasn’t as many as he threw this past year. …

“Nobody probably feels worse than Ryan. Not to speak for Ryan about the amount of interceptions that went down this year and probably not all of them are on him. … Sometimes, a DB makes a great play. Sometimes, a receiver may be off his spot. He may get pressured and the ball gets tipped. There’s a lot that goes into those plays. But ultimately, the quarterback is the one who bears the blame for it.”