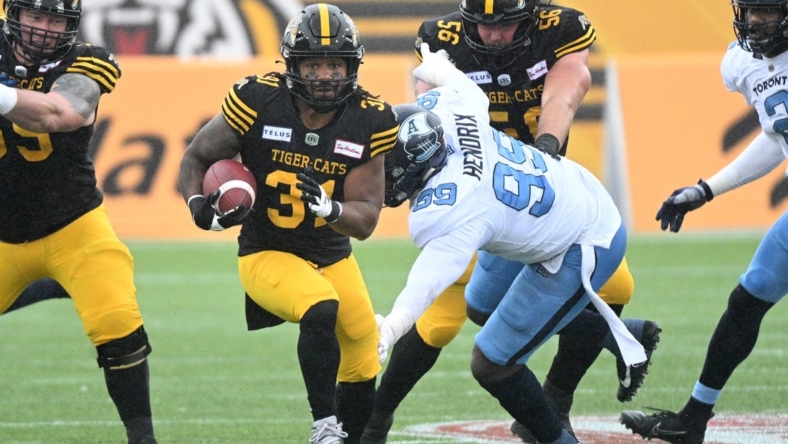 The Hamilton Tiger-Cats look to enter the playoffs with some momentum when they bid to complete a season sweep of the host Ottawa Redblacks on Saturday.

The Tiger-Cats (7-10) posted a 25-23 win over Ottawa on July 16 and a 30-27 victory over the Redblacks last Saturday in the penultimate game of the season for both teams.

Although Hamilton has punched its ticket to the postseason, coach Orlondo Steinauer said his team better be prepared to put up a fight on Saturday.

“If we walk into this game thinking, ‘Oh we’ll just wait for Montreal next week,’ we’re going to get hit right in the face,'” Steinauer said. “I don’t think that’s who we are … I feel that everyone wants to play. I want to play and keep things rolling.”

The Tiger-Cats’ Sean Thomas Erlington rushed for 104 yards on 13 carries last week against the Redblacks. He was named one of the CFL’s Top Performers for the Week on Tuesday.

Steinauer also said quarterback Dane Evans is expected to play in the finale. Evans sustained a thumb injury last week in the fourth quarter for the Tiger-Cats, who saw backup Matthew Shiltz help set up a game-winning 30-yard field goal by Seth Small.

“I’m obviously disappointed. We had an opportunity, but we didn’t finish,” Redblacks coach Bob Dyce said. “It was a very challenging situation, this whole season, and never once did (the players) quit. I’ve been proud to coach them.”

Ottawa’s backup QB Caleb Evans scored two touchdowns to set a CFL record for most rushing TDs in a season by a quarterback with 15. Doug Flutie previously set the mark of 14 with the B.C. Lions in 1991.

The Redblacks have yet to win a game played in Canada’s capital this season and have lost 22 of their last 23 home dates overall.