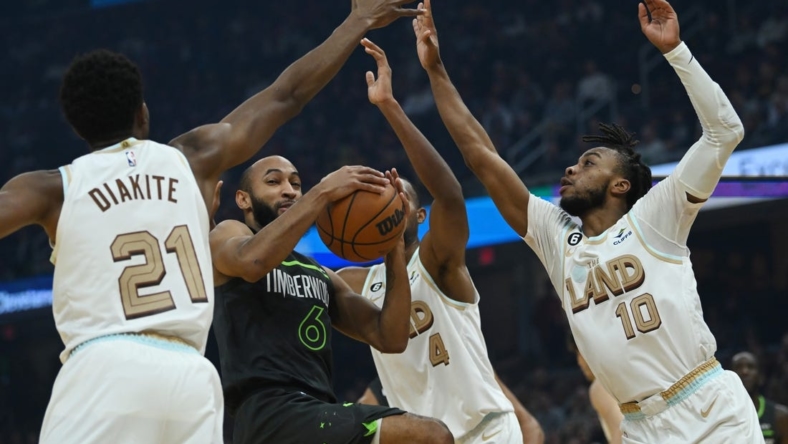 Garland’s performance ignited Cleveland’s comeback after it was down by as many as 24 points, with 16 of his career high coming in the final five minutes of regulation.

The Cavaliers cut the deficit to two points in the final minute, but Taurean Prince connected on four free throws in the last 13.1 seconds, part of his 19 total points, to keep Cleveland at bay.

With the win, the Timberwolves snapped a three-game losing skid while extending the Cavaliers’ own dip to four straight losses. The visitors built their initial cushion behind some red-hot shooting from the floor.

Minnesota was connecting on more than 50 percent of its shots from 3-point range and approaching 60 percent from the floor overall deep into the fourth quarter. The Timberwolves finished 46 of 82 from the floor, including 12 of 24 from beyond the 3-point arc.

Russell set the pace with 11-of-13 shooting from the field, including 4-for-5 on 3-point attempts, en route to a season-high 30 points.

Russell also set the table for others with a game-high 12 assists. Towns and Gobert recorded their own double-doubles on performances of 29 points and 13 rebounds from Towns, and 15 points with 13 rebounds for Gobert.

Gobert also denied Cleveland a late opportunity to extend the game with a steal.

Minnesota’s offensive efficiency came in spite of a poor scoring performance from Anthony Edwards, who finished with 10 points on 5-of-13 shooting from the floor.

Cleveland, meanwhile, was without Donovan Mitchell. One of the NBA’s leading scorers early in the season, Mitchell was a late scratch from the lineup due to an ankle injury.

The Cavaliers were also without Jarrett Allen due to ankle soreness.