This stat shows us how the Mets are humiliating themselves 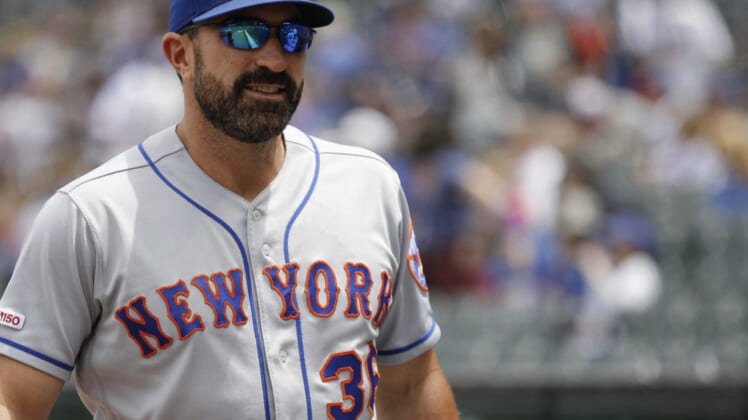 The New York Mets headed into the bottom of the ninth against the Philadelphia Phillies Thursday afternoon up by two runs.

Closer Edwin Diaz proceeded to give up five runs while getting just one out. That included a three-run walk-off homer from Jean Segura.

This latest loss for Mickey Callaway and Co. represented the culmination of a four-game sweep at the hands of the Phillies.

It’s also the first time in 90 years that Philadelphia has swept a four-game set despite trailing in the fifth inning or later in each game. That last series came against none other than the Brooklyn Robins.

Callaway might be attempting to put a lipstick on this dumpster fire, but it’s not getting any better for the Mets.

They are now a season-high eight games under .500 with no end in sight. Callaway himself was just recently fined for losing it on the media. The Mets’ top off-season acquisition of Edwin Diaz just imploded.

And now, New York let a division-rival do something it has not done since the Herbert Hoover administration.