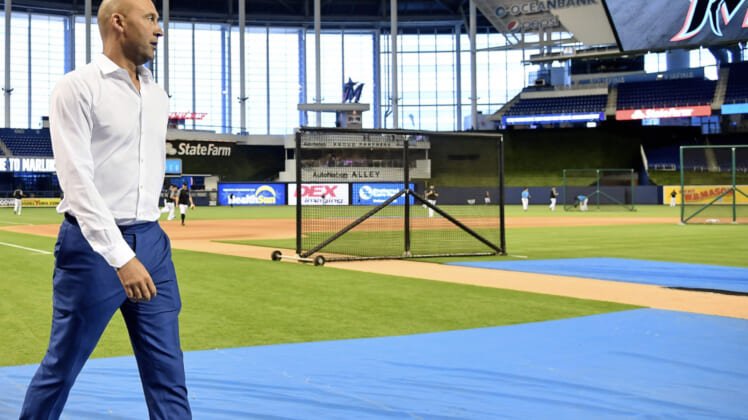 Derek Jeter’s tenure with the Miami Marlins can be described as a huge dumpster fire. It’s one of those things that you see while driving and can’t look away.

The Marlins enter this weekend’s action with a 10-31 record. They are on pace to drop 122 games after finishing Jeter’s first full season as CEO with a 63-98 record.

While the trade of Giancarlo Stanton to his former New York Yankees team ahead of last season has received the most press, the moves to send two other high-profile stars to the NL Central have backfired.

Christian Yelich’s MVP performance for the Milwaukee Brewers in 2018 painted Jeter in a horrible light. Meanwhile, former Marlins outfielder Marcell Ozuna is off to a hot start with the St. Louis Cardinals in 2019.

That leads us to this one ridiculous stat. Yelich and Ozuna have combined for 31 homers this season. The Marlins as a team have 24.

The specifics are even more damning.

We understand that Jeter wanted to clear payroll and rebuild the Marlins. That doesn’t make this any less significant.

It shows in South Beach. The Marlins can’t draw anyone. When they do, it’s usually a crowd rooting for the road team.

The good news? Maybe this one high-profile former Florida quarterback could do the trick. We certainly wouldn’t put it past Mr. Jeter.