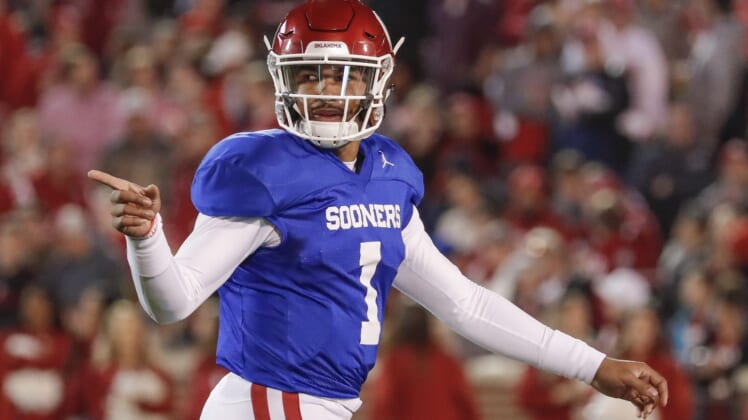 Hard-hitting Texas Longhorns safety B.J. Foster will definitely have a target in his back when his team takes on the hated Oklahoma Sooners in Saturday’s Red River Shootout.

Talking to the media on Tuesday, Foster had a warning for Oklahoma quarterback Jalen Hurts. Slide or face getting hit hard.

Well, at least Hurts was warned here. Though, we’re also sure that officials will now be keeping an extra eye on Foster during this rivalry game that pits No. 11 Texas against the sixth-ranked Sooners at the Cotton Bowl.

These comments come on the same day that Oklahoma trolled Texas on social media.

This game is always one to circle on the calendar. That’s especially true when we’re talking about two top-11 teams.

For Texas it’s all about exacting revenge after then-Oklahoma starter Kyler Murray led the Sooners to a 39-27 win over the Longhorns last season.