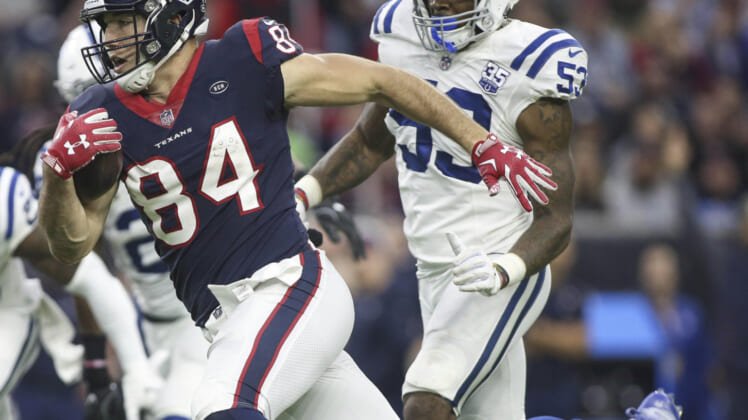 Griffin was arrested in Nashville on April 26 after allegedly punching out a window at a hotel. The arrest came while the NFL was holding its annual draft in the city.

A sixth-round pick of the Texans back in 2013, Griffin started a career high 11 games for the eventual AFC South champs this past season. He recorded 136 receptions for 1,491 yards and seven touchdowns in sixth seasons with the team.