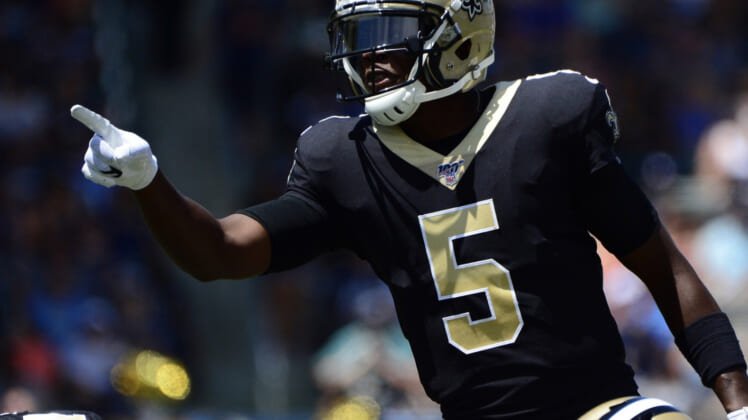 The New Orleans Saints will go as far as Teddy Bridgewater takes them while Drew Brees recovers from thumb surgery, and the 26-year-old is taking the responsibility seriously.

The night before Brees underwent surgery, Bridgewater took the entire Saints offense out to dinner and briefly addressed his teammates.

“His main thing is he wanted to get everybody together and (say), ‘We’ve got to put our foot on the gas. We can’t pump the brakes. We’ve got all these things we want to do, all these goals we set that are still in reach,’” said fullback Zach Line, per Luke Johnson of the Lafayette Daily Advertiser. “I think things like that, for some people, it puts their mind at rest.”

Left tackle Terron Armstead shared that Bridgewater made it clear that “Drew’s a Hall of Famer, but I’m not replacing Drew. It’s my time to control the ship until No. 9 gets back, whenever that is.”

Chances are, the team’s playoff chances hinge on whether Bridgewater can rally the offense in the coming weeks. Brees is expected to miss at least six weeks of action as he recovers from surgery.

Starting Sunday in Seattle, the Saints have a stretch of games against teams with impressive defenses, including the Dallas Cowboys, Jacksonville Jaguars, and Chicago Bears.

With a record of 1-1, it’s imperative that Bridgewater and the rest of the Saints’ offensive players can gel quickly.