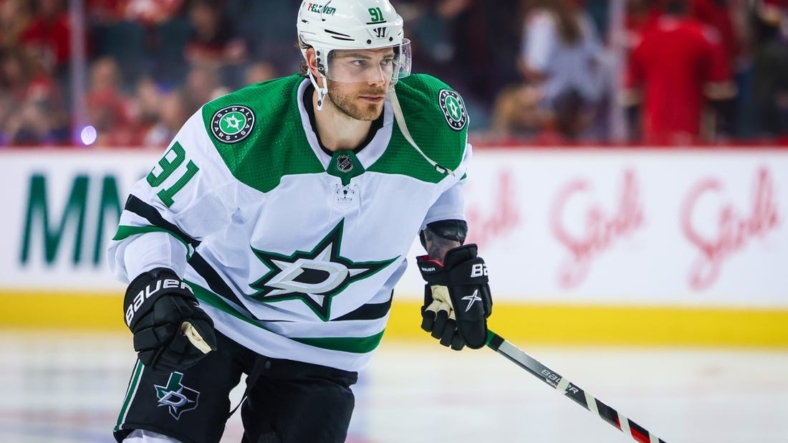 The team posted a photo on social media Tuesday of Seguin on the ice with the caption: “He’s baaaackkkkk.”

Seguin, 30, registered 49 points (24 goals, 25 assists) in 81 games during the regular season and added two goals and two assists in seven games in a first-round loss to the Calgary Flames.

In his exit interview with reporters after the season, he admitted he broke the foot in Game 1 and then managed the discomfort with painkillers the rest of the series. He said the injury would require rest but not surgery.