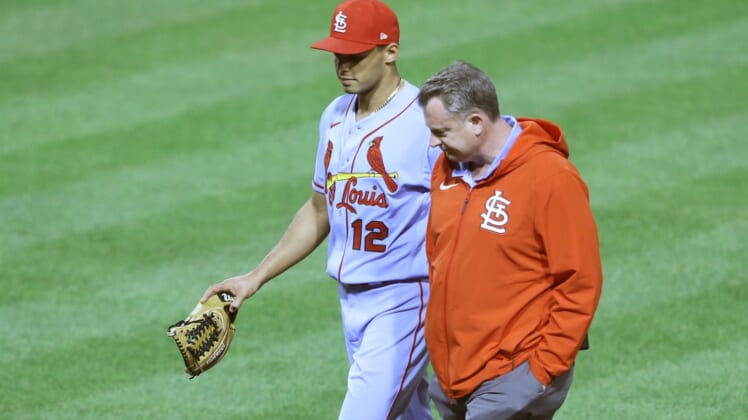 The Cardinals recalled right-handed pitcher Johan Oviedo from Triple-A Memphis, and he will start Tuesday night’s game against the New York Mets.

Hicks was removed from Saturday’s game in Pittsburgh with what was first called forearm tightness. Hicks was sent back to St. Louis where tests revealed the elbow inflammation.

Oviedo will be making his third appearance (second start) of the 2021 season. The 6-foot-5 hurler has fanned 11 in 9 2/3 innings, allowing just five hits and three runs.