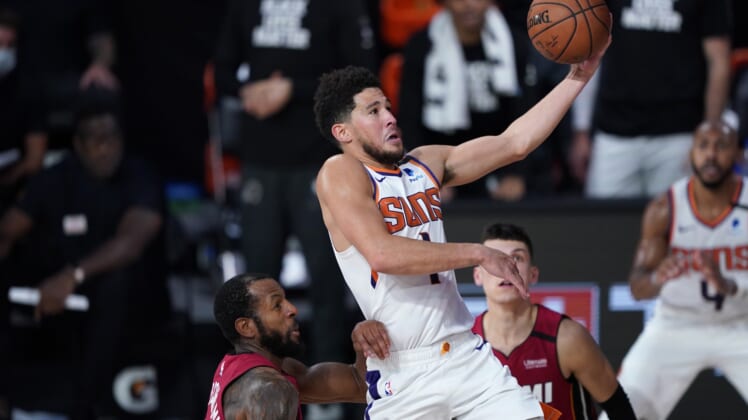 The Phoenix Suns have done nothing but stun the NBA with six consecutive wins since play started in the Orlando bubble. On Monday, they knocked off Oklahoma City Thunder in blowout style, winning 128-101, to move to 6-0 since the restart and 32-39 overall on the season.

Devin Booker has been playing incredible ball, and during Monday’s huge win he continued his magical run with a stunning three from the logo.

As the Suns have been wowing in the bubble, the team’s Twitter account has been having way too much fun trolling everyone.

The team’s run has been one of the best sports stories of the summer, for sure. It’s just incredible that the Suns are alive for the No. 8 seed right now.

Following their blowout victory over the Thunder, the Suns were once again the talk of Twitter.