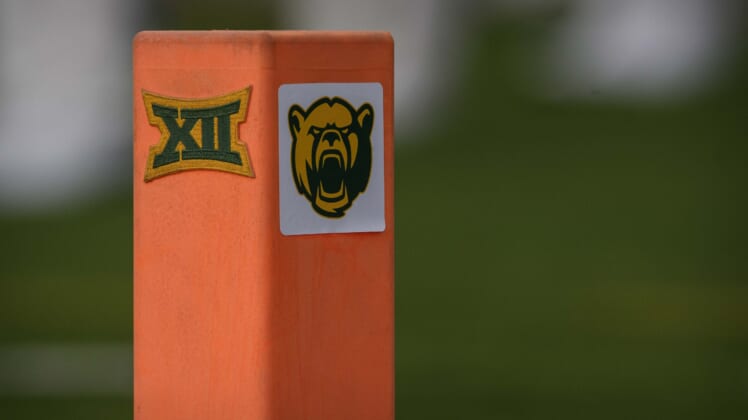 Aug 31, 2019; Waco, TX, USA; A view of the Baylor Bears logo and the Big 12 conference logo on an end zone pylon during the game between the Baylor Bears and the Stephen F. Austin Lumberjacks at McLane Stadium. Mandatory Credit: Jerome Miron-USA TODAY Sports

Tuesday was a tough day for college football fans as the Big Ten and Pac-12 both announced their plans to cancel the fall college football season. They plan to attempt a spring season in 2021, but many are skeptical that isn’t realistic, including former Ohio State coach Urban Meyer.

So, when news broke that the Big 12 has decided to continue planning on playing college football this fall, it was a pretty big deal.

In light of the ACC and SEC both agreeing to continue the course for football this fall, this means three of the Power 5 conferences still plan to play games this season.

Sports fans across America rejoiced at this breaking news. The reactions on Twitter showed just how desperate fans are for football this fall.