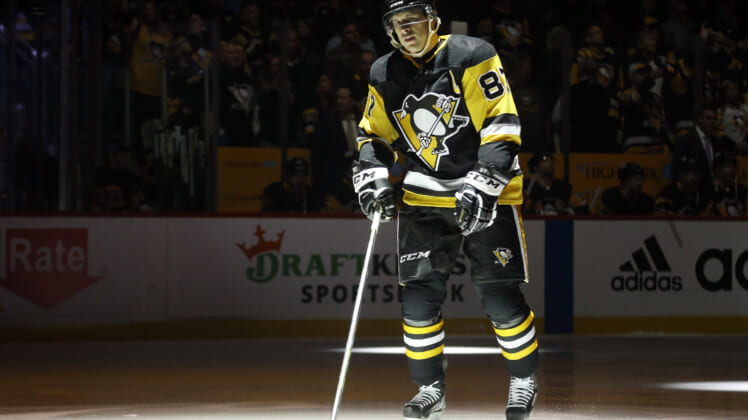 It is looking likely that Pittsburgh Penguins legend Sidney Crosby will not be available for the team’s pivotal Game 6 matchup against the New York Rangers on Friday.

On Wednesday, the Rangers staved off elimination in the 2022 NHL Playoffs with a 5-3 comeback victory at home in Madison Square Garden. The win forced the series back to Pittsburgh for tonight’s Game 6 with the Penguins still leading the best-of-seven 3-2. However, it looks like they might be trying to advance to the semifinals without their resident superstar.

During the second period of Wednesday’s matchup, Crosby took a hit high from Rangers defenseman Jacob Trouba. In replays of the clash, Trouba’s elbow seemed to catch Crosby in the face. After the action slowed the 17-year veteran left the ice and never returned to action. Following the game, Penguins coach Mike Sullivan only admitted that the 34-year-old was being assessed for an upper-body injury. However, new information has been revealed about what that injury could be.

Pittsburgh Penguins Sidney Crosby being evaluated for a concussion

On Friday, The Athletic’s senior Pittsburgh sportswriter Rob Rossi reported that Crosby missed the team’s morning skate for tonight’s game and may have sustained a concussion in Game 5. “Sidney Crosby is NOT at morning skate for Penguins on Friday. He was injured in Game 5 in NY and was being evaluated for a concussion, a source said Thursday,” Rossi wrote on Twitter.

Crosby being mentioned with the word concussion is something that will surely send cold dread down the spine of Penguins fans. The team great has suffered at least three concussions during his career. which has led to him missing over 100 games for the franchise. The most notable set came during the 2011-2012 season when he only played 22 games.

This past season, Crosby had a strong showing in 69 outings. Scoring 31 goals, and adding 53 assists to earn 84 points on the season.

The loss of one of the team’s greatest players in the past and now, as well as a locker room leader will be a huge loss and boon for the Rangers as they look to push the series to Game 7 back in New York.