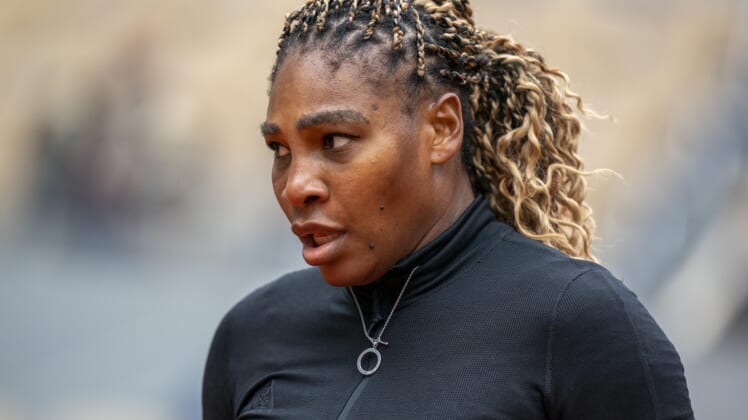 Serena Williams overcame a hiccup on Sunday to continue her pursuit of a record-tying 24th Grand Slam title.

Williams returned to the Australian Open quarterfinals after posting a 6-4, 2-6, 6-4 victory over No. 7 seed Aryna Sabalenka of Belarus in Melbourne.

The 10th-seeded Williams recorded 30 winners — including nine aces — to dispatch the 22-year-old Sabalenka in 2 hours and 9 minutes.

“It was obviously real important because I didn’t want to be out of the tournament, so it felt good to kind of clutch that in the end and get through that,” Williams said.

Williams, 39, is chasing Margaret Court’s record of 24 Grand Slam championships while also pursuing her eighth Australian Open title. She will continue her quest against No. 2 Simona Halep, who needed 1 hour, 50 minutes to post a 3-6, 6-1, 6-4 win over French Open champion Iga Swiatek of Poland.

“I felt that (Swiatek) was playing better, and she was more focused than the beginning of the set,” Halep said. “She didn’t give up a point, which makes the life tougher during the match, but I did the same thing, and I’m happy that I could be a little bit stronger in the end.”

Also on Sunday, third-seeded Naomi Osaka of Japan continued her pursuit of a second Australian Open title in three years with a 4-6, 7-4, 7-5 victory over two-time Grand Slam winner Garbine Muguruza of Spain.

Osaka notched 40 winners against the 14th-seeded Muguruza en route to posting her 18th victory in a row.

“I felt like I couldn’t hit any ball at a slower pace or else she would immediately move me. I think that’s why I made so many unforced errors, because I was sort of playing in a zone that wasn’t comfortable for me,” Osaka said.

“But I also think that’s something that you get when you play against a Grand Slam champion. For me, that’s where I feel I play the best because I feel like I’m pushed really hard.”

Osaka advanced to face Su-Wei Hsieh of Taiwan, who secured a 6-4, 6-2 win over 2019 French Open finalist Marketa Vondrousova of the Czech Republic. The 35-year-old Hsieh needed just 68 minutes to dispatch the 19th-seeded Vondrousova.

“We all know she’s a very good player,” Hsieh said of competing against Osaka. “Anyone (who plays) her, they will get troubles. … I (will) try to play my game, do my job (and) see what happens.”

Australian Olivia Gadecki notched a 2-6, 7-6 (4), 6-4 win over top-seeded Sofia Kenin at the Phillip Island Trophy in Melbourne in second-round action.

Kenin’s loss to the 18-year-old Gadecki was her second in four days, as she dropped a 6-3, 6-2 decision to Estonian Kaia Kanepi in the Australian Open.