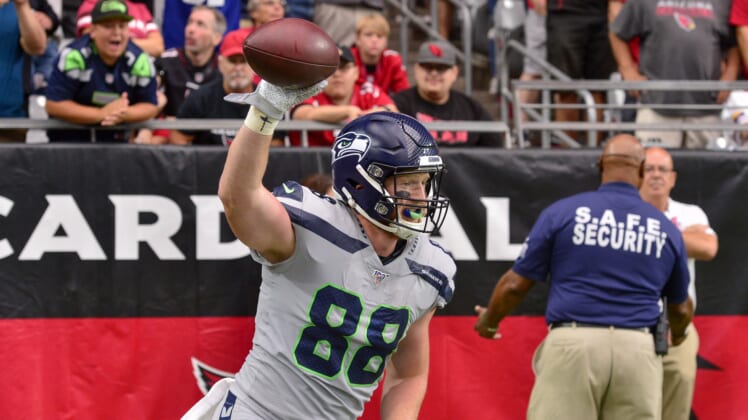 Seattle Seahawks quarterback Russell Wilson will be without his favorite red-zone target for the remainder of the season.

Tight end Will Dissly exited in the first half of Sunday’s win over the Cleveland Browns with what was described as an Achilles injury.

Unfortunately, Seattle now fears that Dissly suffered a torn Achilles and will miss the remainder of the season.

This could be a major blow for Seattle moving forward. Dissly put up a heck of a performance in a Week 5 win over the Los Angeles Rams.

He entered Sunday’s action having recorded 23 receptions for 262 yards and three touchdowns in five games this season.