Scott Foster, ‘The Extender’, ruled out of refereeing Bucks-Celtics Game 6 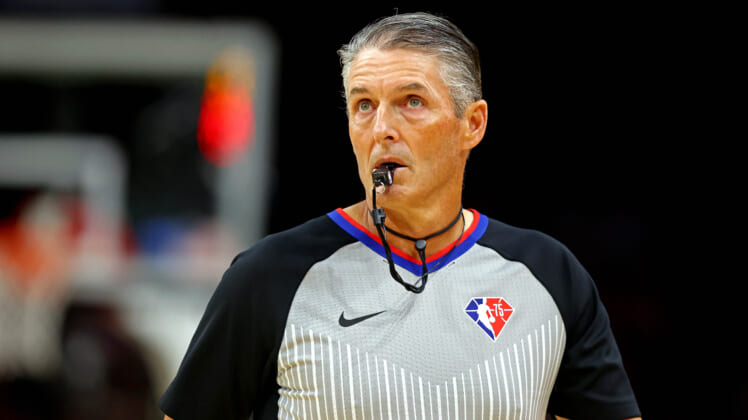 Just when Boston Celtics fans thought they were in good hands with Scott Foster being tabbed to referee the Eastern Conference Semifinals Game 6 matchup with the Milwaukee Bucks, bad news has dropped out of the NBA league office. Foster is now ruled out of tonight’s potentially series-deciding event due to a non-COVID-related illness.

Nick Buchert will fill in for Foster instead. He will be joined by crew chief Eric Lewis, Ben Taylor, and Tre Maddox in the stripes.

Scott Foster’s reputation as “The Extender” a bad luck charm?

With the Celtics trailing the Bucks 3-2 in the series, having Foster on hand was supposed to be a sort of good luck charm, as the ref has developed a reputation in the basketball community known as “The Extender”. This nickname is due to several recent situations in which the trailing team in a series has prevailed, thus extending the series.

Now, with Foster out of the picture, that potential advantage has gone out the window. Though, in possibly even better news for those rooting for a Game 7, the Celtics have won 14 consecutive games reffed by Eric Lewis.

Of course, as any basketball player or coach will tell you, it shouldn’t come down to the officials. The game is played between the lines just the same, whoever makes the most baskets wins the game. Simple concept really.

The Celtics had the Bucks in a good spot, leading by 14 with 10 minutes to go before squandering the lead. They’ll have to find a way to close out better tonight, but perhaps not having “The Extender” on their side won’t help. If that’s even a thing.