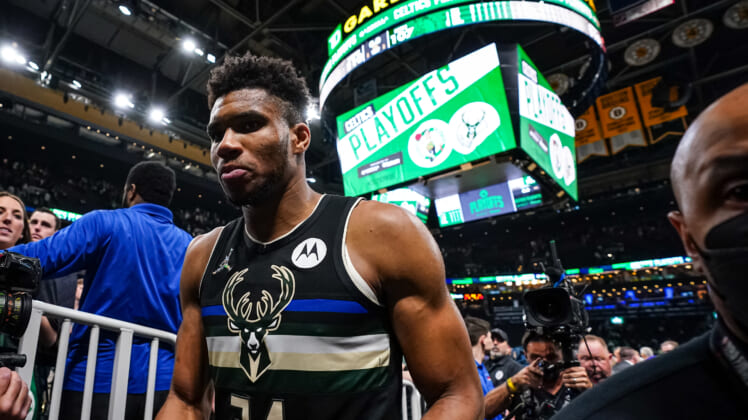 With the Milwaukee Bucks visiting the TD Garden to take on the Boston Celtics for Game 5 of the Eastern Conference Semifinals in a pivotal matchup, we saw both Giannis Antetokounmpo and Jayson Tatum at their very best on Wednesday night.

While at one point it appeared the C’s would walk off their court victorious as they held a 14-point lead in the fourth quarter, it was the defending champions who came out ahead.

Thanks to a 40-point performance by the Greek Freak, which included a late three-point shot to seal the deal, the Bucks now hold a 3-2 lead in the playoff matchup as they head back to the Fiserv Forum in Milwaukee for what could be a series-clinching Game 6.

Fans witnessed several swings of momentum and a literal swing at one point that left Antetokounmpo with a bloody eye thanks to some friendly fire. We’ve collected some of the best reactions off social media from the game’s events.

The series resumes on Friday, May 13, with the tip-off time yet to be set in stone. If there is a Game 7, it would take place on Sunday, May 15.