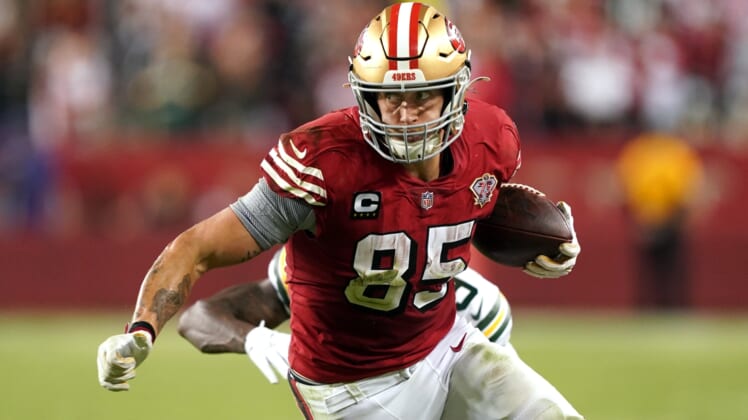 The San Francisco 49ers could be without one of their most important players for Sunday’s showdown with the Seattle Seahawks.

Star tight end George Kittle (calf) is listed as questionable for the game between the NFC West rivals. He sat out practice Wednesday and Thursday before practicing Friday on a limited basis.

“I’m going to do everything I can to be able to be on the field on Sunday,” Kittle said Friday. “And then if the body says I can go, I’ll be out there.”

Kittle, who has been dealing with the calf injury since Week 1, has 15 catches for 187 yards this season. He has yet to score a touchdown.

The 27-year-old was limited to eight games last season due to knee and foot injuries. He made the Pro Bowl in each of the previous two seasons, averaging 86.5 catches, 1,215 yards and five touchdowns during those two standout seasons.