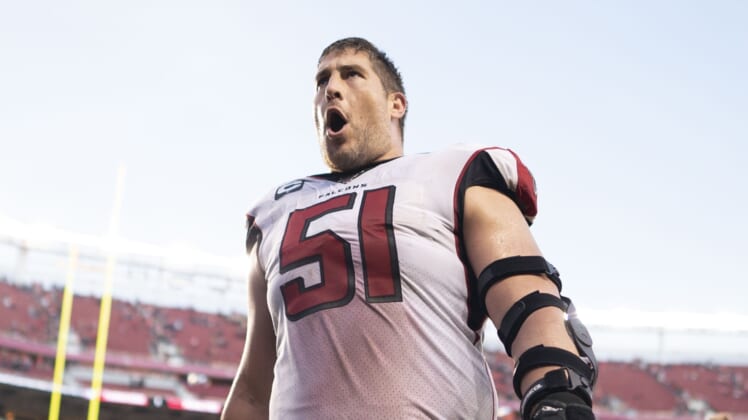 The 35-year-old former Cal star is a six-time Pro Bowl selection and his deal is worth $5.5 million per season, according to ESPN.

“We are excited to add another Pro Bowl player to our offensive line,” 49ers general manager John Lynch said in a release. “Throughout his career, Alex has been a model of consistency. His leadership and high character will be felt throughout our team and community.”

Mack was a first-round pick (21st overall) in 2009. He has 179 career regular-season starts and five playoff starts.

Mack spent the past five seasons with the Atlanta Falcons — including reaching the Super Bowl with current 49ers head coach Kyle Shanahan as offensive coordinator — and played for the Cleveland Browns from 2009-2015.