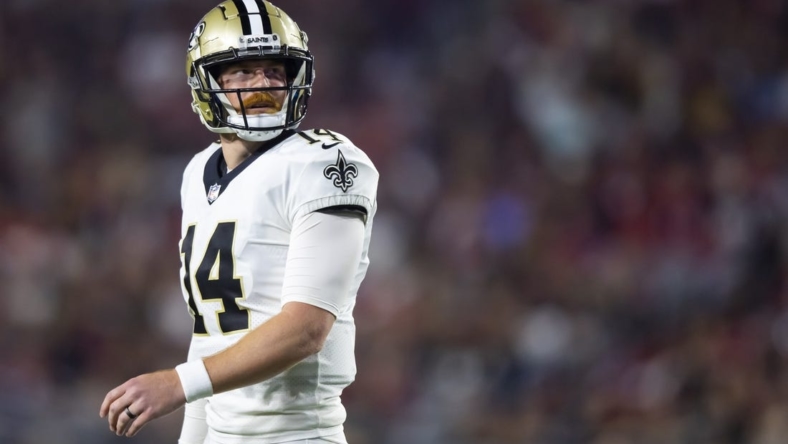 Andy Dalton is drawing the start at quarterback again for the New Orleans Saints this week despite a healthy Jameis Winston, the ordained starter to open the season.

Saints coach Dennis Allen on Wednesday called it an “offensive decision,” noting that Winston is healthy.

“… We’re going to continue with Andy,” Allen told reporters. “… No need to upset the apple cart.”

The Saints, who have lost two straight, host the Las Vegas Raiders this Sunday.

Winston, 28, started the first three games before suffering back and ankle injuries. He went 1-2, completing 63.5 percent of his passes for 858 yards, with four touchdowns against five interceptions.

Dalton, who turns 35 on Saturday, has gone 1-3 as the starter, completing 63.4 percent of his passes for 946 yards, with seven TDs against four INTs.