RSL move up standings with shutout of Dynamo 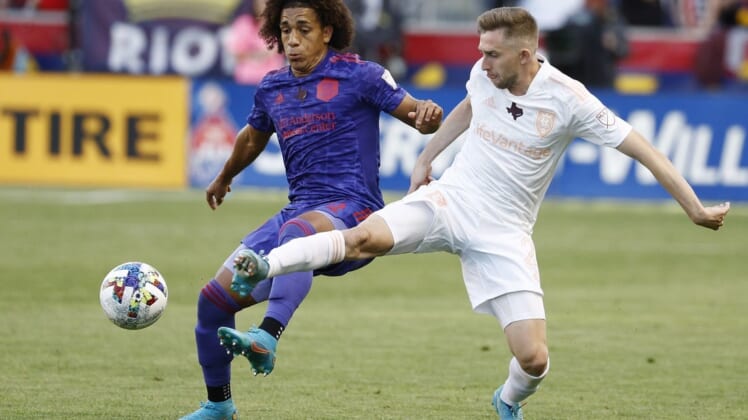 Bobby Wood and Sergio Cordova each scored their third goals of the season to lift surging Real Salt Lake to a 3-0 victory over the visiting Houston Dynamo on Saturday night.

Zac MacMath made four saves to record his fifth clean sheet of the season as the Claret-and-Cobalt moved into a tie for second place in the Western Conference.

Jefferson Savarino came off the bench in the 71st minute to mark his first action for RSL since 2019 after his recent transfer from Brazilian club Atletico Mineiro.

Salt Lake only narrowly outshot Houston 15-13 overall and 6-4 in efforts on targets, but those attacks had far more quality on average than the visitors’.

The home side was the better team for most of the first half and eventually got their reward through Wood’s opener in the 29th minute.

It was a simple attack in transition. Wood sprayed the ball wide to Maikel Chang on the right flank. Chang took a single touch forward and then curled a long looping cross to the back post, where Wood met it with a downward header that bounced off the turf and then the inside of the left post on its way across the goal line.

The Dynamo had arguably their best stretch of the match early in the second half. And MacMath made his best save of the evening six minutes after the break, diving to his left to push an excellent header from Ulfarsson off the goal line.

Jasper Loeffelsend sent in another high-arcing, early cross from the right. Cordova chested it around one defender with his first touch and benefited from a fortunate deflection to evade another with his second. Then he chipped a shot that flailing goalkeeper Michael Nelson got a palm to, but could not keep from crossing the line.