The best golfer in the world, Rory McIlroy, says that the ongoing battle between the PGA Tour and new competitor LIV Golf is pushing the sport in a direction that will permanently fracture it.

The golf world has been dominated by the war between the PGA and LIV. The tour backed by the Saudi Arabian government has turned the sport upside down by drawing top stars from the PGA with massive signing bonuses and never before seen tournament purses.

It has led the PGA to make some difficult decisions to protect its place in the industry, including banning LIV players from competing at their events. It is a situation that has gotten a bit ugly at times with lawsuits being filed and athletes taking sides. That fast-growing divide is something World. No. 1 player Rory McIlroy is seriously worried about.

The 33-year-old superstar told The Guardian on Tuesday that he believes this ongoing dustup has already done damage to the game and is setting golf on a path to irreparable damage.

“This ‘us versus them’ thing has gotten way out of control already. If the two entities keep doubling down in both directions it is only going to become irreparable. We are going to have a fractured sport for a long time. That is no good for anyone.”

While some competitors have a distaste for LIV being funded by a government that has a terrible human right history, McIlroy is not firmly against their involvement and the tour’s existence. “I don’t necessarily think their intentions are bad,” he said. “I think they have been misguided in how to spend the money.”

However, he had nothing good to say about LIV CEO and PGA Tour great Greg Norman. McIlroy seems to believe the Australian is one of the negative forces behind the ongoing war and claims Norman was able to get the financial backing to continue his “vendetta” with the PGA. 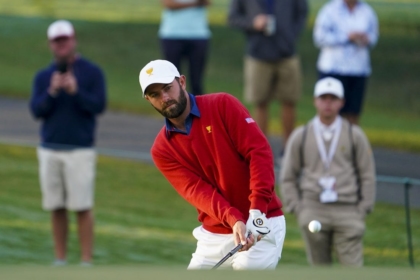 “He has basically found people to fund his vendetta against the PGA Tour. I think he hides behind ‘force for good’ and all that stuff … this has been his dream for 30 years and he has finally found people who can fund that dream.”

The PGA’s next event, the Bermuda Championship, kicks off on Thursday at the Port Royal Golf Course.