Rockies star Charlie Blackmon is scorching hot at the plate, on pace for history 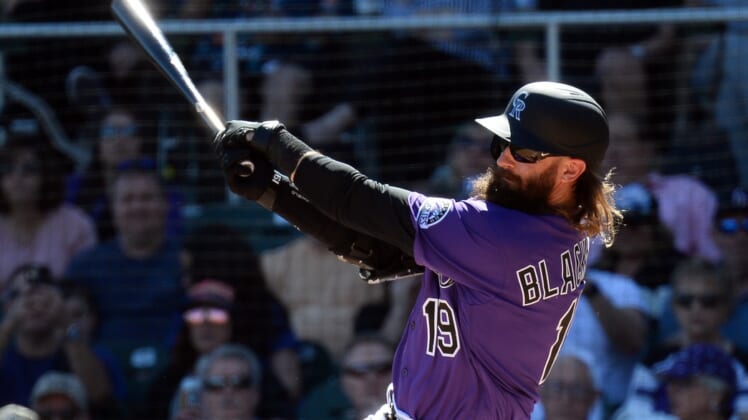 Midway through Tuesday night’s game against the Arizona Diamondbacks, Colorado Rockies star Charlie Blackmon is 2-for-2 at the plate.

Now here comes the kicker. This means that, through 16-plus games, Blackmon is hitting at an absurd average of .500.

Charlie Blackmon putting up stats that could make history

A career .307 hitter, Blackmon took the National League batting crown in 2017 with a career-best .331 average.

Now? The dude is absolutely an inferno of batting excellence. And he has a legitimate chance to become the first player in MLB history since Ted Williams in 1941 to finish the season with a batting average of .400 or better.

Doing it in this era of baseball would be really something. Even in a COVID-19-shortened season.