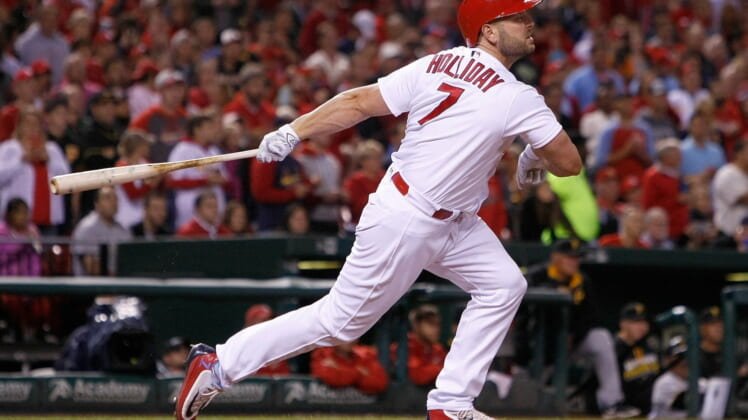 Among the hitters who have taken advantage of the high altitude of Coors Field, Matt Holliday may stand above the rest.

During his brilliant five-year career with the Colorado Rockies, the now 38-year-old Holliday hit a splendid .319 with a .361 batting average at home.

Now, a decade removed from playing his last game as a member of the Rockies, Holliday is signing a minor league deal with the team.

Matt Holliday is signing minors deal with his old Rockies team. Could be great story.

This has an opportunity to be one heck of a story. Holliday has not suited up since being a member of the New York Yankees last season. He found a way to hit 19 homers and drive in 61 runs while posting a career-low .231 mark.

With Colorado only two games back in the NL West and half of game out of the final wildcard spot, there’s a chance Holliday could become a key figure in the team’s postseason run down the stretch.