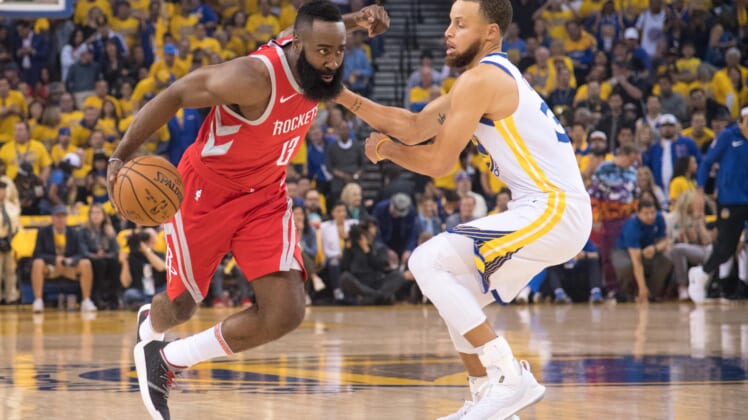 Television ratings for the NBA playoffs have been down this year. That is, they’ve been down until Game 1 of the Western Conference semifinals between the Houston Rockets and Golden State Warriors.

This is the series everyone’s wanted to see ever since last year’s classic. Game 1 turned into a ratings bonanza for ABC.

According to Ben Cafardo of ESPN, it was the highest-rated NBA Conference Semifinals broadcast since 2011, and was up 34% from last year’s game.

Given the way Game 1 played out — with tensions rising already from players on both sides, coaches and even the refs — this trend will likely continue throughout the series. Especially if it ends up going six or seven games.