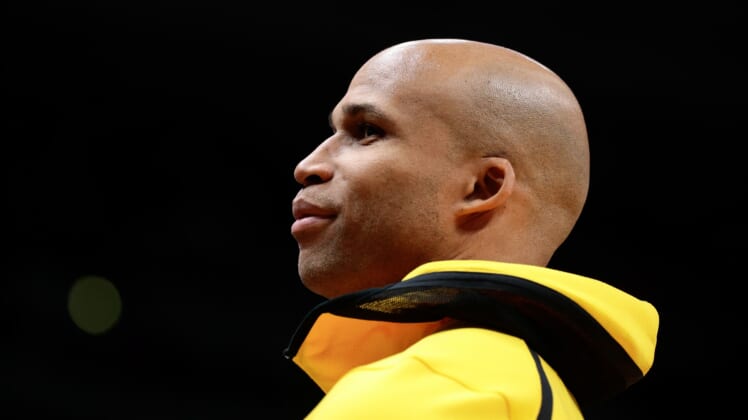 “Law enforcement tells us 65-year-old Richard Jefferson Sr. was in front of a liquor store in a primarily residential area around 6:52 PM when a vehicle rolled up and someone inside opened fire,” the gossip rag reported.

Jefferson was out in front of a liquor store with two other men when a vehicle  pulled up and opened fire. He was transported to the local hospital before being declared dead. It’s not yet known whether Jefferson was the target.

As TMZ Sports notes, the younger Jefferson was born in South Central. He moved with his mother to Arizona when she split up with his father. He was raised by a stepfather throughout his adolescence.

Currently a free agent, Jefferson has played 17 seasons in the NBA. He last suited up for the Denver Nuggets in 2017-18.

Our thoughts go out to Jefferson and his family.