No ACL tear, no timeline for Buffalo Bills Von Miller 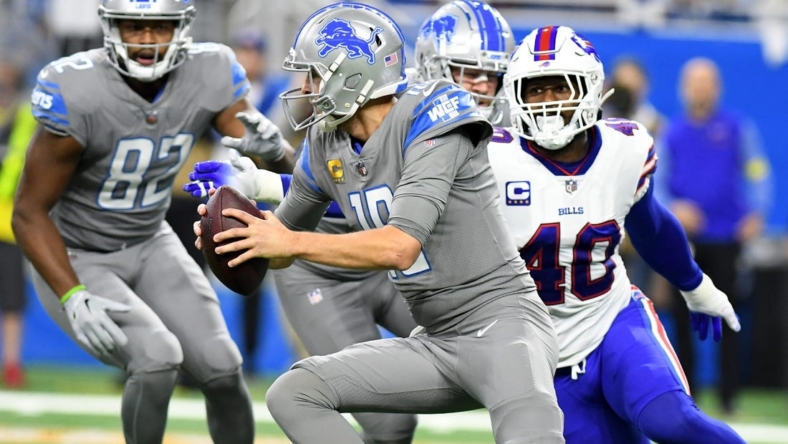 Buffalo Bills linebacker Von Miller did not sustain a torn ACL in the Thanksgiving Day win over the Detroit Lions, however the extent of the injury on his right knee is yet to be known, multiple outlets reported Friday.

NFL Network reported there is concern about the lateral meniscus of Miller, who underwent an MRI on Friday.

Miller likely will miss at least one to two weeks while weighing his options and could be sidelined for the rest of the season, per reports.

Miller, 33, sustained a knee injury while getting rolled up on with less than three minutes remaining in the second quarter of the Bills’ 28-25 win in Detroit.

The eight-time Pro Bowl selection and Super Bowl 50 MVP was ushered to the medical tent on the visitors’ sideline before he was carted to the locker room. He quickly was ruled out for the rest of the game.

Miller, who won Super Bowls with the Denver Broncos and the Los Angeles Rams, has recorded eight sacks and 21 tackles in 11 games (all starts) this season.

He has totaled 123.5 sacks, 561 tackles, 27 forced fumbles and nine fumble recoveries in 161 career games (all starts) with the Broncos, Rams and Bills.

The Bills (8-3) next play Thursday on the road against division rival New England.