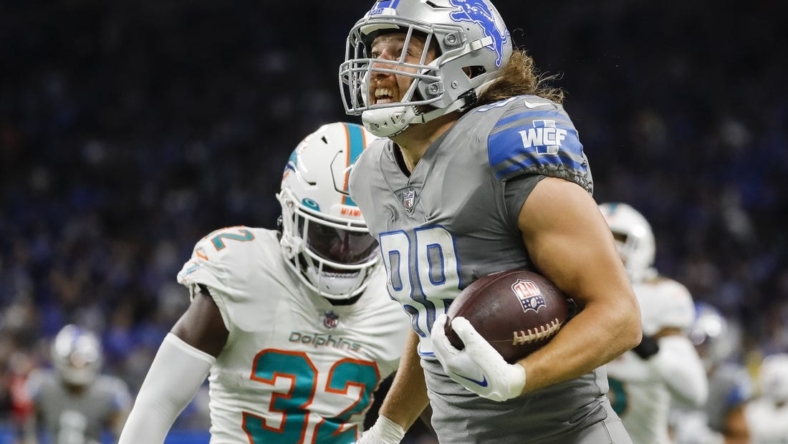 The Vikings lost tight end Irv Smith Jr. to a high-ankle sprain last Sunday. He’s expected to miss multiple weeks. The team’s only option on the active roster is Johnny Mundt, who had 12 catches in 2022.

Smith Jr. missed the entire 2021 season and three games in 2020 but had played in all seven games for the Vikings this season.

Hockenson, 25, has 26 catches for 395 yards and three touchdowns in seven starts this season. He had eight catches for 179 yards and two TDs in Week 4 alone against Seattle.

He’s in the final year of his four-year rookie contract with a fifth-year option for 2023 that would pay $9.4 million before Hockenson could reach free agency in March 2024.

The Lions are high on rookie tight end James Mitchell, who was drafted in the fifth round after tearing his ACL at Virginia Tech in 2021. Mitchell caught his first NFL pass last week at Miami.