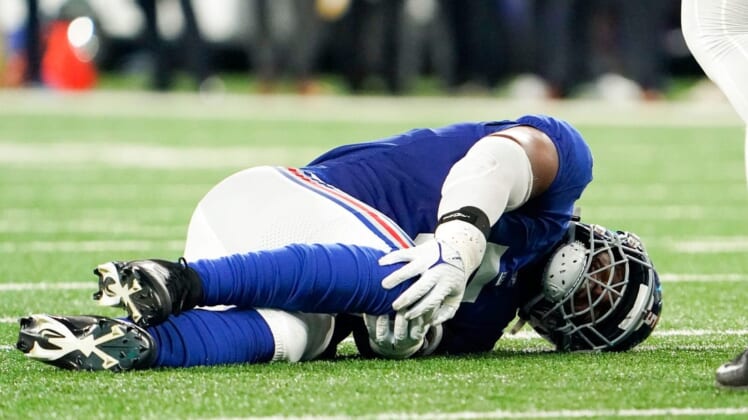 The ACL in the 2022 first-round draft pick’s right knee is “intact,” per the reports.

Thibodeaux, 21, was injured on a cut block by Cincinnati tight end Thaddeus Moss in the second quarter of the Giants’ 25-22 preseason win against the Bengals on Sunday.

The 6-foot-5, 258-pound Thibodeaux was a first-team All-American at Oregon in 2021 and a third-teamer in 2020. He had seven sacks for the Ducks last season and 19 sacks in his three-year career at the school.