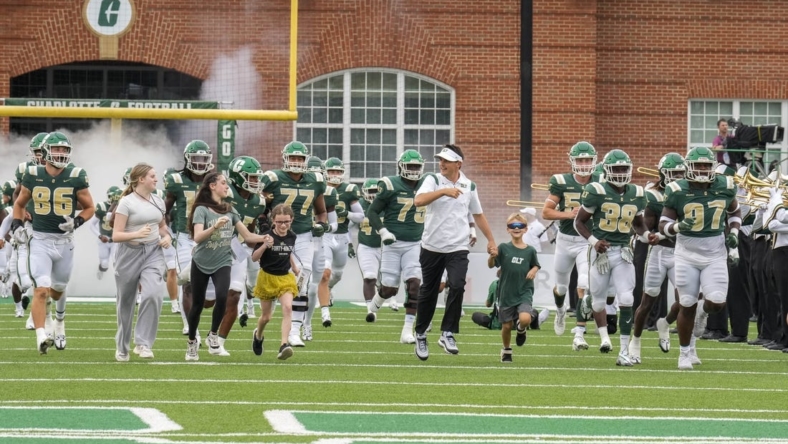 Michigan associate head coach Francis “Biff” Poggi is expected to be named the new head coach at Charlotte, according to multiple reports Tuesday.

It would be Poggi’s first head coaching stint in the collegiate ranks. He joined Jim Harbaugh’s staff at Michigan in July 2021 after a stint as the head coach at Saint Frances Academy in Baltimore.

Poggi would replace Will Healy, fired by Charlotte last month amid a 1-7 start to the season. Healy was 15-24 in three-plus seasons in Charlotte.