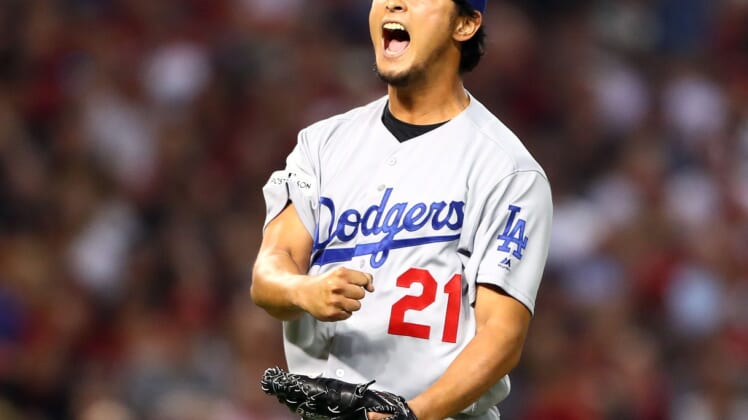 Now that the New York Yankees have fortified their powerful lineup with reigning NL MVP Giancarlo Stanton, the team is turning its attention to pitching.

After missing out on the Gerrit Cole sweepstakes, New York could very well be in line to land front-end starter Yu Darvish in free agency

“Two sources on Saturday night said (GM Brian) Cashman’s interest in signing Darvish, which he essentially made public during a WFAN interview on Thursday, is very real,” John Harper of the NY Daily News reported.”

Harper went on to note that Cashman believes the market for Darvish will enable the Yankees to get a good deal in free agency. After landing Stanton, the team has pretty limited resources at this point.

For what it’s worth, Darvish took to social media this past week to note that the Yankees had not yet offered him a contract.

They don't give me offer yet? https://t.co/Zlp4KPLdzr

He then backtracked on that, noting that the Yankees had indeed made an offer that was not to his liking.

Sorry guys. My mistake.
Actually they did make offer but the numbers are not correct. https://t.co/0mIvMlZTPJ

Darvish, 31, pitched to a 10-12 record with a 3.86 ERA in 31 starts between the Texas Rangers and Los Angeles Dodgers last season.

For the Yankees, adding another starter to the rotation makes a ton of sense. The team has Luis Severino, Masahiro Tanaka and Sonny Gray heading its rotation and just recently re-signed CC Sabathia. A fifth starter is most definitely a need here.

Whether things will come together between the Yankees and Darvish remains to be seen. He had previously been linked to both the Chicago Cubs and Minnesota Twins thus far this winter.