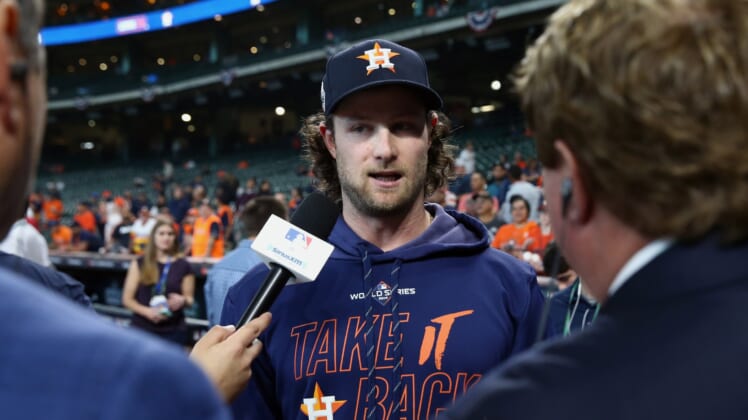 The market for free-agent pitcher Gerrit Cole is heating up before MLB’s winter meetings with organizations preparing their initial offers as three teams now emerge as the co-favorites to land him.

According to ESPN’s Jeff Passan, the Los Angeles Dodgers, New York Yankees and Los Angeles Angels are favorites to land the All-Star pitcher.

The Yankees have reportedly received ownership approval to offer Cole a record-breaking contract and the same almost certainly goes for both teams from Los Angeles.

A record-breaking contract for Cole is only fitting too as he comes off a year with an MLB-record 39.9% strikeout rate and a 34% K-BB rate.

While we likely won’t see Cole signed during the winter meetings next week, it could provide further clarity on just how much money he’ll receive on his record-setting deal.