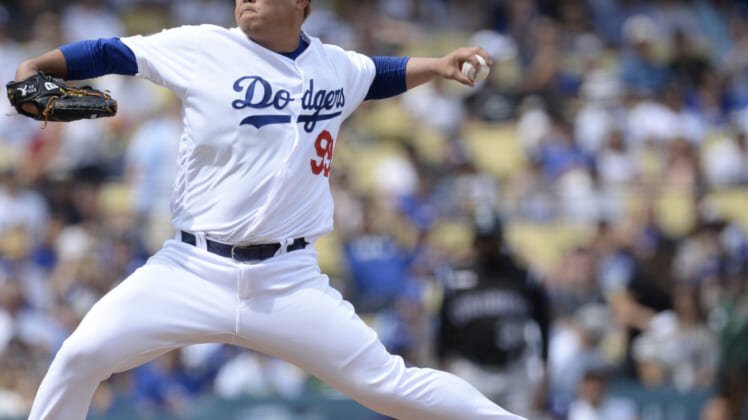 Now that starting pitcher Dallas Keuchel is off the market, free-agent southpaw Hyun-Jin Ryu stands alone as the top pitcher available. He’ll now have plenty of organizations to choose from with seven teams reportedly in on him.

According to USA Today’s Bob Nightengale, two new teams jumped in on Ryu’s market after Keuchel signed, which now pushes the count to seven clubs actively pursuing the southpaw.

It’s the perfect scenario for Ryu as he comes off an outstanding 2019 season. The 32-year-old recorded a 2.32 ERA and 1.01 WHIP across 182.2 innings. More importantly, the oft-injured pitcher proved he could stay healthy over a full season.

When he is healthy, the southpaw is capable of being one of the best pitchers in baseball. He holds a 2.98 ERA and 1.16 WHIP across 740.1 career innings.

Ryu has been connected to the Minnesota Twins, Los Angeles Angels, St. Louis Cardinals and Toronto Blue Jays. He could even end up returning to the Los Angeles Dodgers. Given the active market for his services, it wouldn’t be a surprise to see him land a multi-year deal worth more than $20 million per season.