Report: Seahawks would have drafted Josh Allen if they had traded Russell Wilson 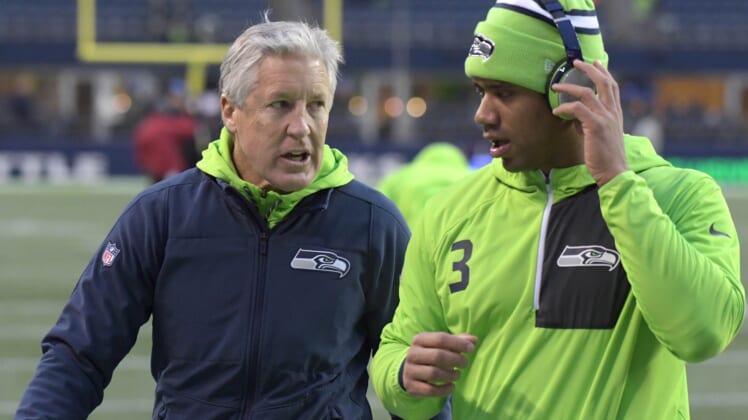 One of the biggest NFL rumors swirling around these days is that the Seattle Seahawks were shopping Russell Wilson in 2018.

Chris Simms of NBC Sports, speaking with Mike Florio last week, made the initial report. He noted that the Seahawks had floated the idea of trading Wilson to the Cleveland Browns for the No. 1 overall pick.

Obviously, that never happened. The Browns took Baker Mayfield, and Wilson has since inked a record-breaking contract with Seattle.

But my goodness, this story gets even weirder.

According to Simms, who spoke about this with Dan Patrick, the Seahawks were likely going to replace Wilson with Josh Allen, if they had pulled off the trade.

Here’s video of Simms on the “Dan Patrick Show” discussing what could have been.

For what it’s worth, the quarterback Seattle should have considered at the top of the 2018 draft was probably Lamar Jackson. Not Josh Allen.

But neither of those players can match what Wilson can do and has done throughout his career. He’s one of the NFL’s premier quarterbacks. And it’s just stunning that Seattle would have entertained the idea of replacing him.