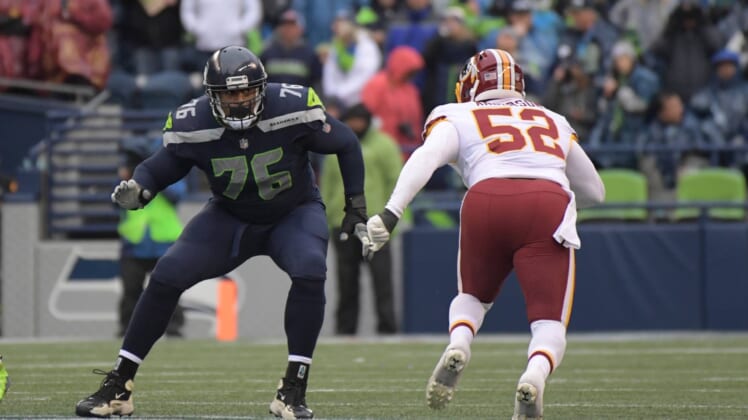 Pro Bowl left tackle Duane Brown is finally getting that long-term contract that never came to fruition during his days with the Houston Texans.

Acquired by the Seattle Seahawks in a trade midway through last season, the 33-year-old Brown has reportedly agreed to an extension with his new team.

The #Seahawks and LT Duane Brown have agreed to terms on a contract extension, source said. They had been working on it for weeks.

The extension is said to be worth $36.5 million over three seasons. The $12-plus million annually will rank him among the eight highest-paid left tackles in the NFL.

A four-time Pro Bowler during his nine-plus seasons in Houston, Brown was among the game’s best blindside protectors for a good three-year span. And despite suiting up in only nine games for the Seahawks, he earned a Pro Bowl nod this past season.

It’s a pretty major move for a Seattle organization that has struggled fielding a decent offensive line in front of Russell Wilson over the years. After all, the Super Bowl champ has been sacked more than any other quarterback since entering the league back in 2012.