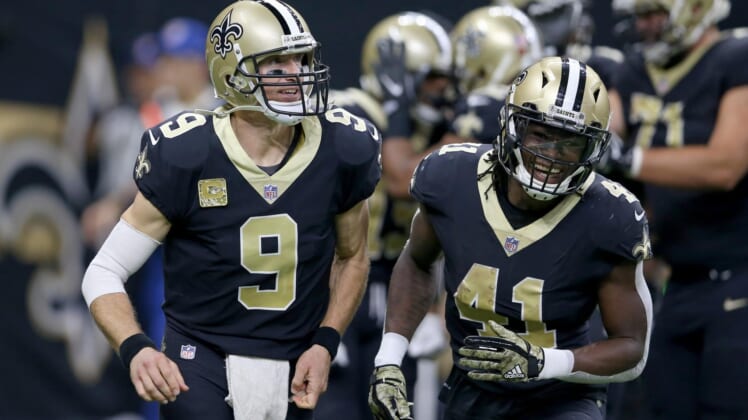 Drew Brees made a declaration on Wednesday that did not go over well with many, including some of his New Orleans Saints teammates.

In the wake of those statements, most are choosing to remain quiet at this time. Per Dianna Russini of ESPN, there is a plan for a team meeting to discuss the comments “in-house.”

Drew Brees said players who kneel are ‘disrespecting the flag’

Speaking with Daniel Roberts of Yahoo Finance, Brees was asked how he’d react to players potentially taking a knee in 2020. Obviously, the question was asked because so many NFL players have spoken out against the violent death of George Floyd in police custody, and the subsequent protests happening in most major cities across the nation.

The veteran quarterback responded by saying that “I will never agree with anybody disrespecting the flag of the United States of America or our country.”

Brees also tied the Civil Rights Movement into his answer, which caused a lot of consternation.

As Brees’ comments circulated around social media, most of the reactions were very heated. Green Bay Packers quarterback Aaron Rodgers called Brees out in a big way. The likes of LeBron James, Richard Sherman, and Brees’ own teammate, Malcolm Jenkins, have also expressed disappointment, extreme frustration, and anger.

Clearly, there is going to be some work to be done by Brees in his locker room. It might take a while, too.