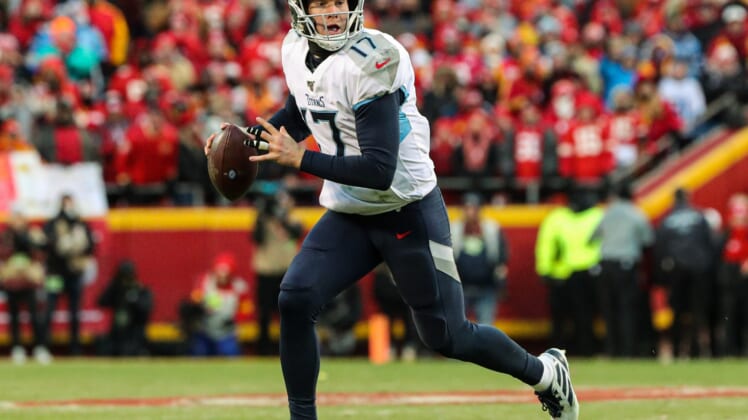 Ryan Tannehill found a home with the Tennessee Titans and revitalized his career. As he heads into free agency, the reigning Comeback Player of the Year is expected to remain with the Titans.

According to ESPN’s Chris Mortensen, Tannehill will not be leaving the Titans this offseason. The front office and coaching staff reportedly love the 31-year-old quarterback and are prepared to do whatever it takes to keep him.

Tannehill took over for Marcus Mariota in October and led the Titans on an unbelievable run. He completed 70.3 percent of his pass attempts with 2,742 passing yards and an outstanding 22-6 TD-INT ratio.

Behind Tannehill’s stellar play as the starter, the Titans earned a No. 6 seed in the AFC Playoffs and stunned the New England Patriots and Baltimore Ravens. While the team’s remarkable season ended in the AFC Championship Game, Tannehill proved he was the answer to the team’s quarterback problems.

The Titans will certainly explore discussions on a long-term contract with Tannehill. If both sides can’t agree to terms immediately, Tennessee can place the $26.9 million franchise tag on Tannehill for the 2020 season.