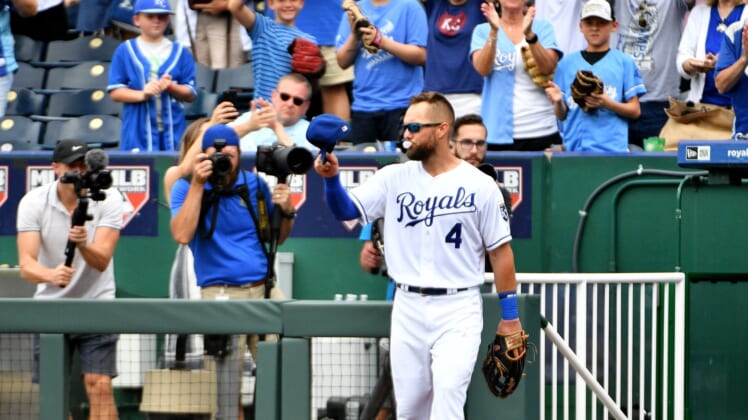 The Kansas City Royals are bringing back veteran outfielder Alex Gordon, with the two sides reportedly agreeing to a one-year contract for $4 million, per MLB.com’s Jeffrey Flanagan.

Gordon, the No. 2 overall pick in the 2005 MLB Draft by the Royals, will return to Kansas City for his 14th season with the team. The 35-year-old outfielder is coming off one of his best seasons in years.

Despite his outstanding defense in left field, Gordon didn’t receive much interest as he is set to enter his age-36 season. He will likely slide in as the team’s regular left fielder, although he might receive more games off after playing in 1,703 in his career.

As part of Gordon’s new deal, he will not have the ability to block a potential trade. However, per Flanagan, he will receive a $500,000 bonus if the Royals trade him this year.

While the Royals won’t be competing for a playoff spot this season, it’s great to see Gordon return to the only organization he’s ever known. It’s rare to see a player last 14 seasons in the majors and even more unique for it to come with one team.