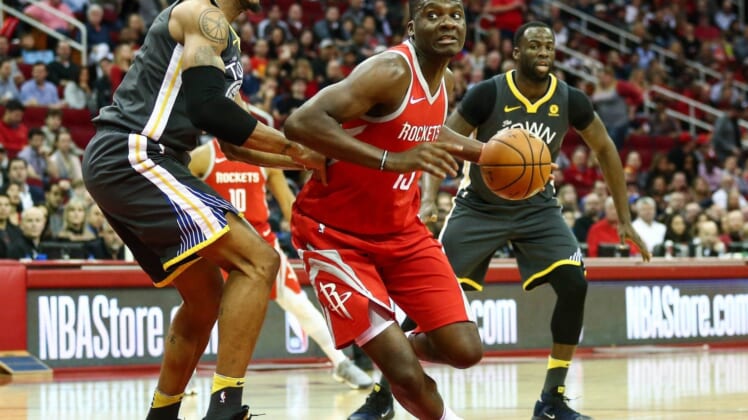 After seeing the market of teams with cap room disappear quickly, center Clint Capela and the Houston Rockets have now agreed to a new deal.

According to Adrian Wojnarowski of ESPN, the 24-year-old will receive a five-year deal worth $90 million over the duration of the contract.

Houston has reached an agreement with Clint Capela on a 5-year, $90m extension, sources tell ESPN.

As a restricted free agent, Houston planned to match any offer another team made to Capela. After multiple suitors moved on to other options, it became clear that a reunion with the Rockets was inevitable.

Last season, Capela emerged as a breakout star for the Rockets. In 74 games, he set career-best averages with 13.9 points, 10.8 rebounds and 1.9 blocks per game.

According to Spotrac, Capela’s $18 million average annual salary ranks 13th among centers, behind the likes of Joakim Noah, Enes Kanter and DeAndre Jordan.

While it’s not the max-level contract he was likely hoping for, it serves as a massive pay raise for the young center. Meanwhile, Houston now has their core of James Harden, Chris Paul and Capela locked up for multiple seasons.