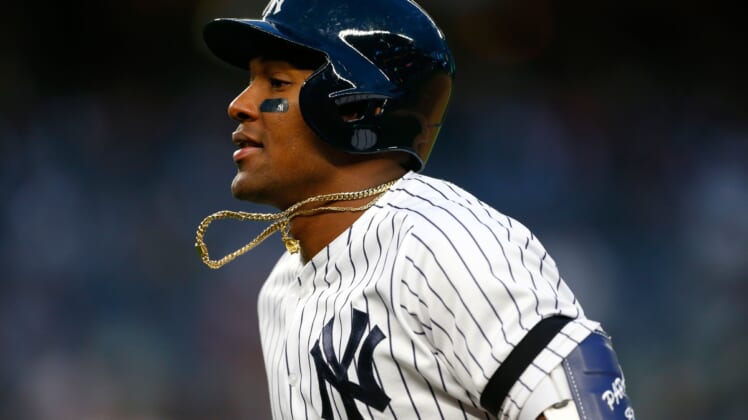 The New York Yankees could very well look to move 2018 AL Rookie of the Year runner-up Miguel Andujar this winter.

The 24-year-old third baseman missed all but 12 games this past season after having surgery on a torn labrum in his shoulder. Since then, Gio Urshela has taken over the hot corner in New York.

The expectation is that there won’t be a limited number of teams interested in Andujar’s services. According to T.R. Sullivan of MLB.com, that includes the rebuilding Texas Rangers.

“They are definitely intrigued by the possibility of trading for Yankees third baseman Miguel Andújar,” Sullivan noted.

This is not a surprise. Texas has focused on upgrading at third base and have already been linked to former AL MVP Josh Donaldson in free agency.

Looking to improve their roster and potentially contend this coming season, adding a youngster of Andujar’s ilk would be big for the Rangers.