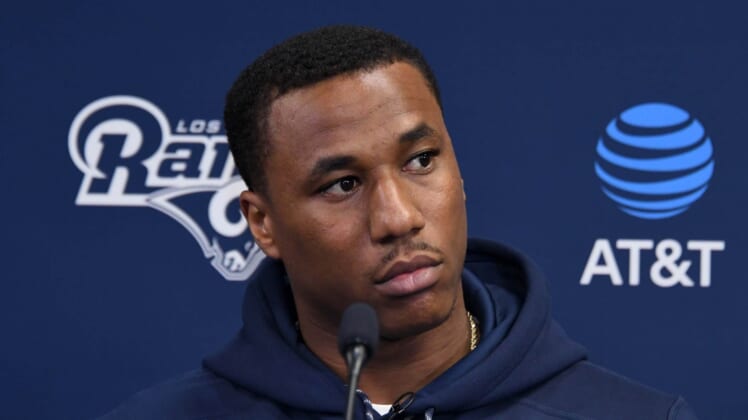 The Los Angeles Rams have reportedly traded cornerback Marcus Peters to the Baltimore Ravens in a player-for-player deal.

Per Jay Glazer, the Rams are getting linebacker Kenny Young in exchange for Peters.

This is a stunning move because the Rams are already down a top cornerback with Aqib Talib hitting injured reserve on Monday. Additionally, the Rams pulled off a huge trade just a year ago to acquire Peters from the Kansas City Chiefs.

Los Angeles just got demolished in its own building this past week by the San Francisco 49ers and has lost three straight. One wonders if more shakeups are on the way in the light of this shocking trade.